Since 1935, the Photography Yearbook has featured a wide range of photographic styles and interpretations from both accomplished amateur and professional photographers worldwide.

The book is divided into two separate parts: an opening Portfolio section containing a selection of six portfolios from seven outstanding photographers followed by the International Gallery, showing individual works selected on the basis of their singular quality.

The pictures featured in this year’s Portfolio section include some of the most beautiful and unique underwater images by Christopher Newbert and Birgitte Wilms.

In a completely different vein are the humorous photographs of the extraordinary Ukrainian  photographer Igor Karpenko, who plays with convention to portray subjects freely in the comic opera-like world he creates in his studio.

Making a photograph that will bring a smile to  people’s faces or even make them laugh out loud is one of the more difficult tasks in photography. Certainly, most photographers have been able to capture a funny moment on film because they were at the right place at the right time with camera ready. But what does it take to intentionally make photographs that have humour as their main theme? That is certainly a real challenge and one that Igor Karpenko of Ukraine has taken up seriously.

Igor Karpenko is a Professional photographer in the Ukrainian city of Kharkov which is one of the centres of photographic interest in his country. He has taken his skill as a portrait and advertising photographer and combined it with a strong interest in the fine art of photography to modem a comic opera-like world within his studio. His models are often fellow artists and actors, as well as family members, who all share his love of humour: especially its irreverent aspect. Karpenko admits to using his studio as a refuge from Me rigors of daily life where he (and his models) can escape to a world where all the foibles of human nature are fair game for his humorous camera.

At times, his images take on a veil of black humour which make us wonder if it is appropriate to laugh at what we see. But Karpenko has honed his skill as designer of images to a point where we are pulled out of our indecision by some visual element he has placed the picture to make us laugh at ourselves as much as we laugh at his models. For in the end, the source of Karpenko’s staged humour is the way he cleverly reminds us that we are all but one pose away from becoming objects of humour ourselves. 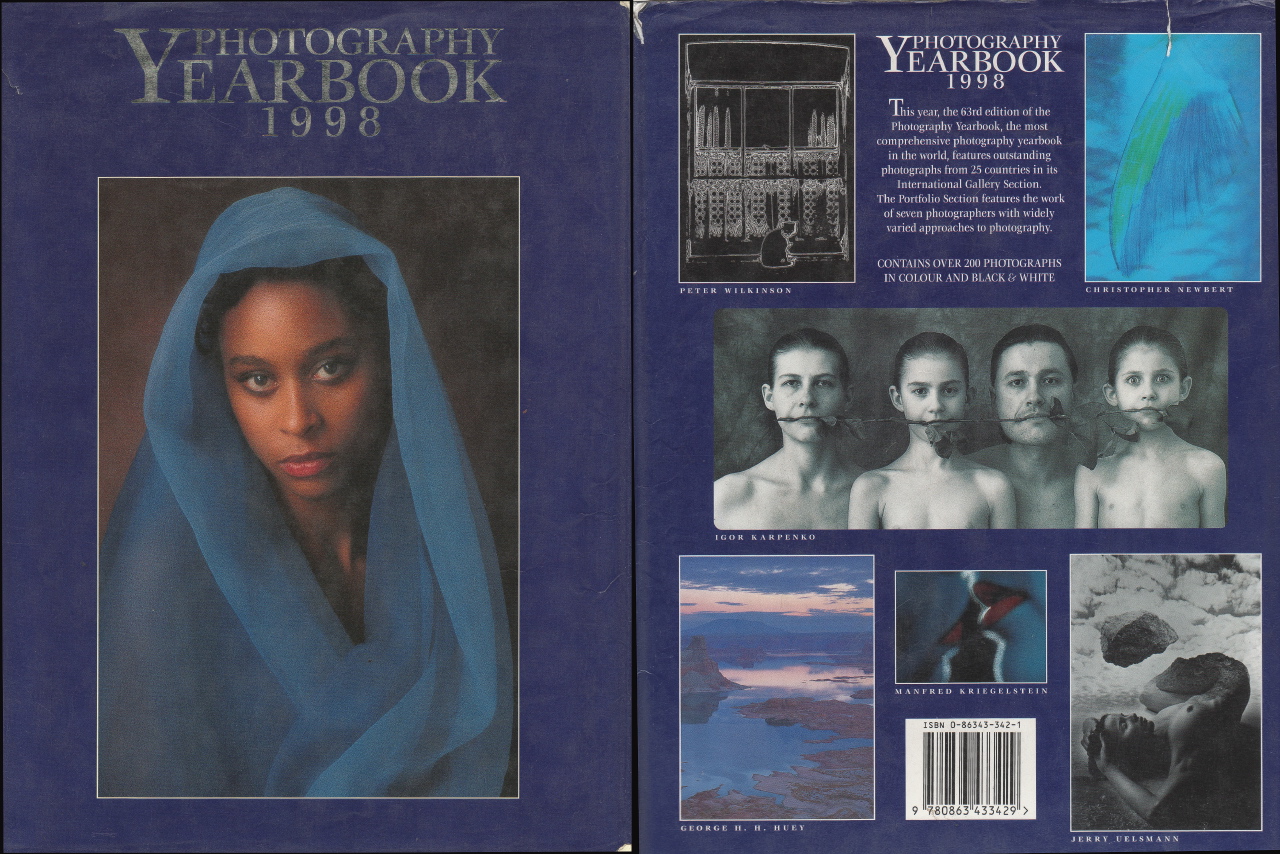 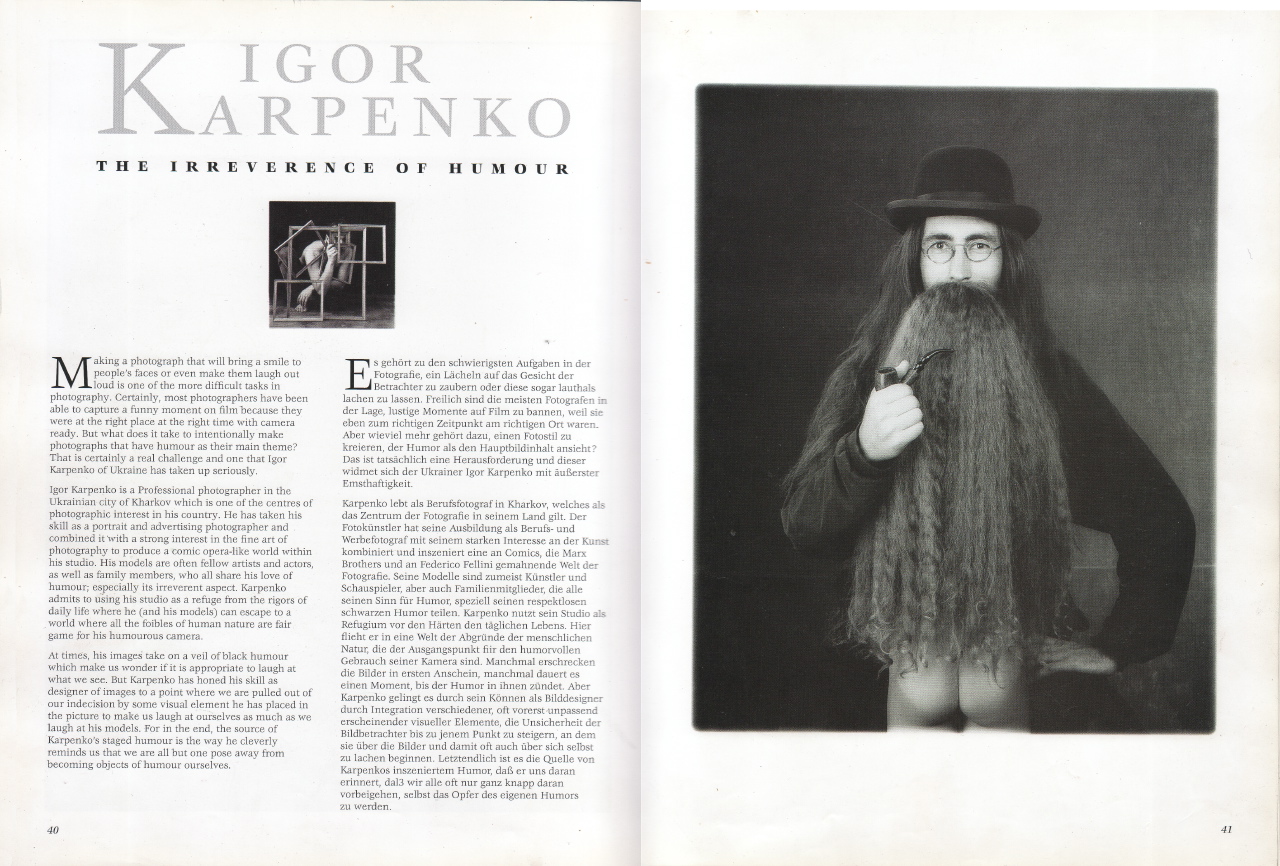 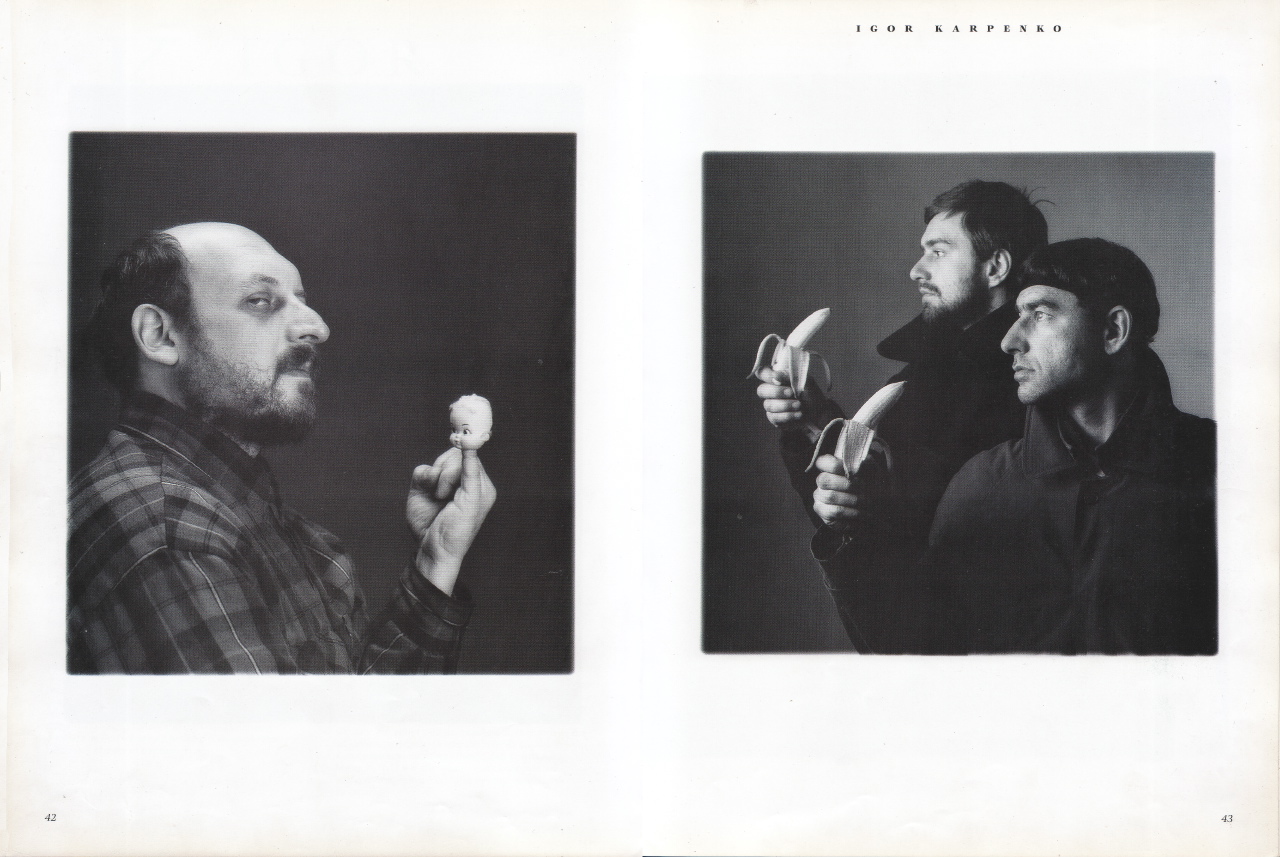 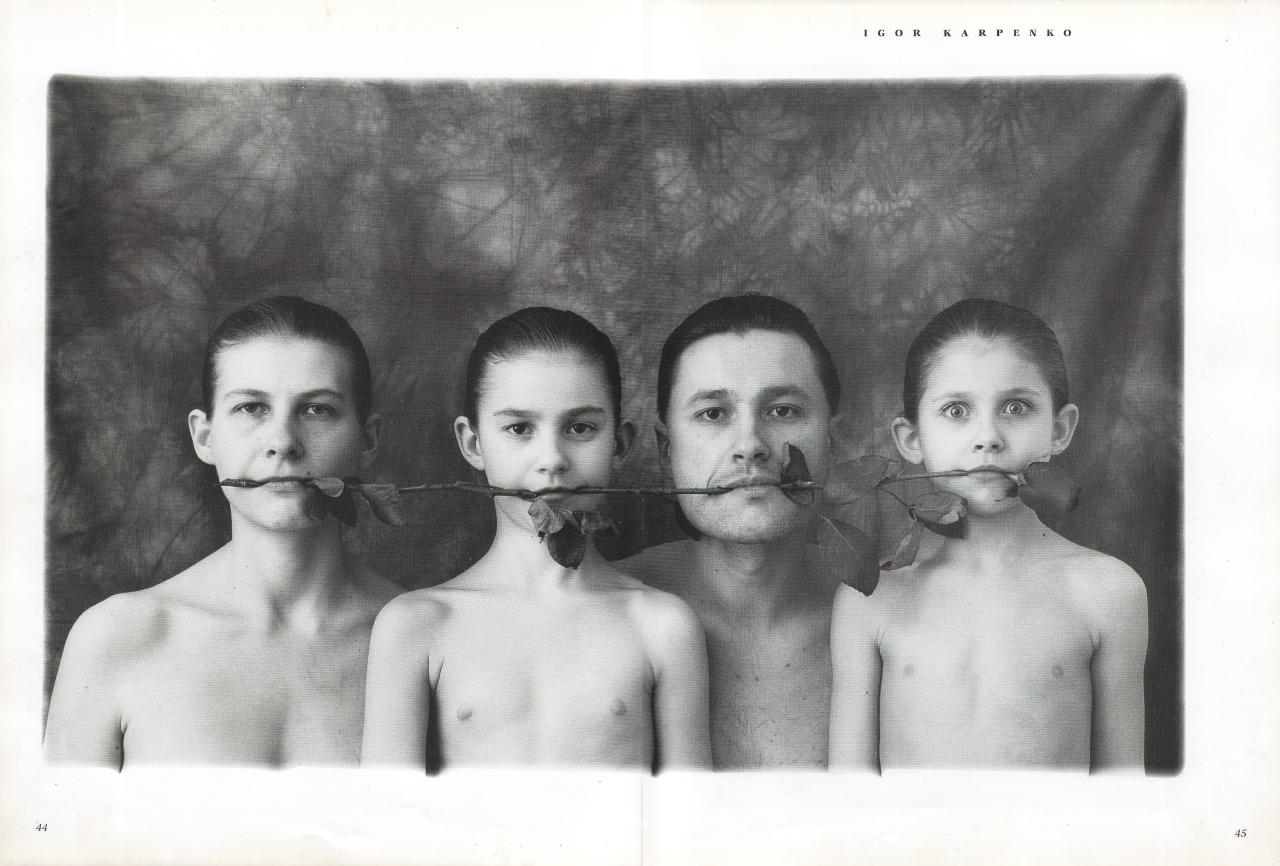 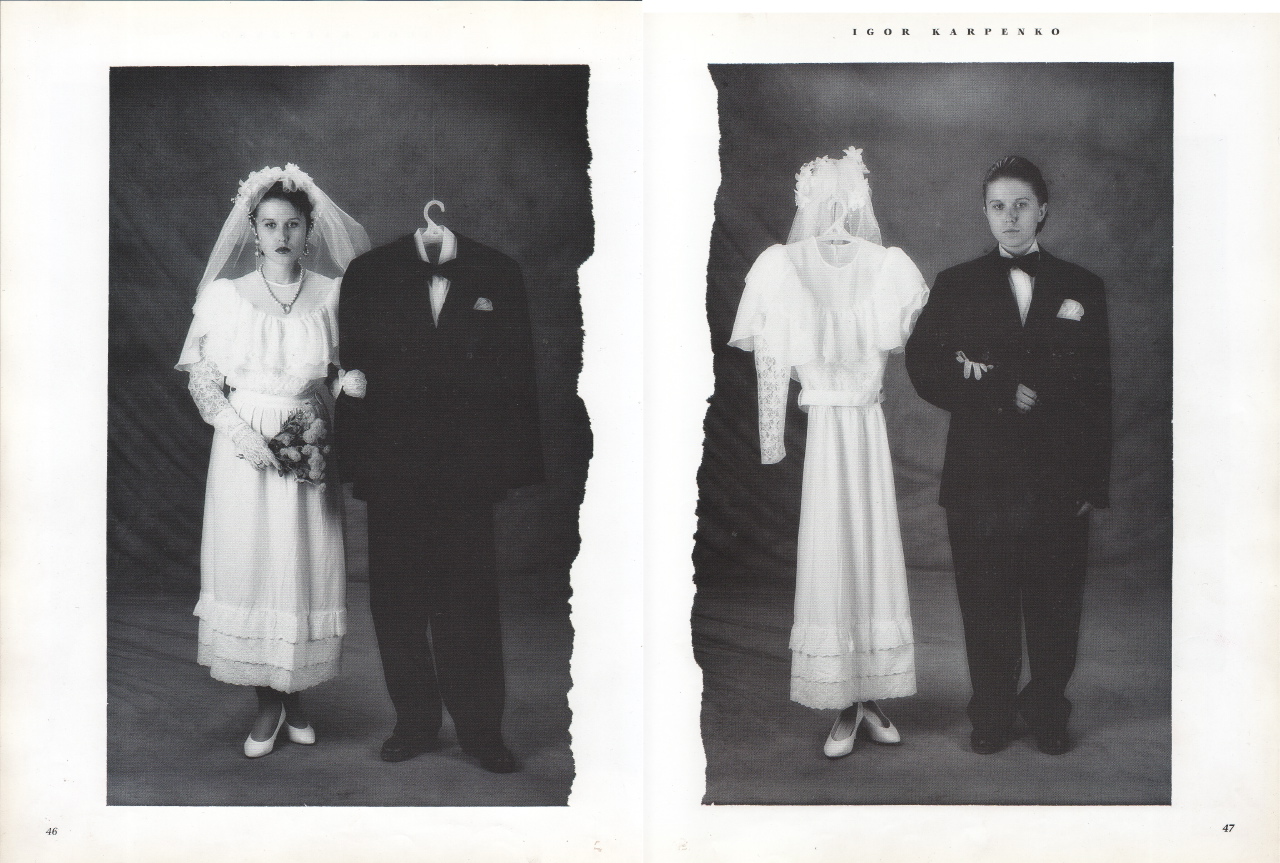 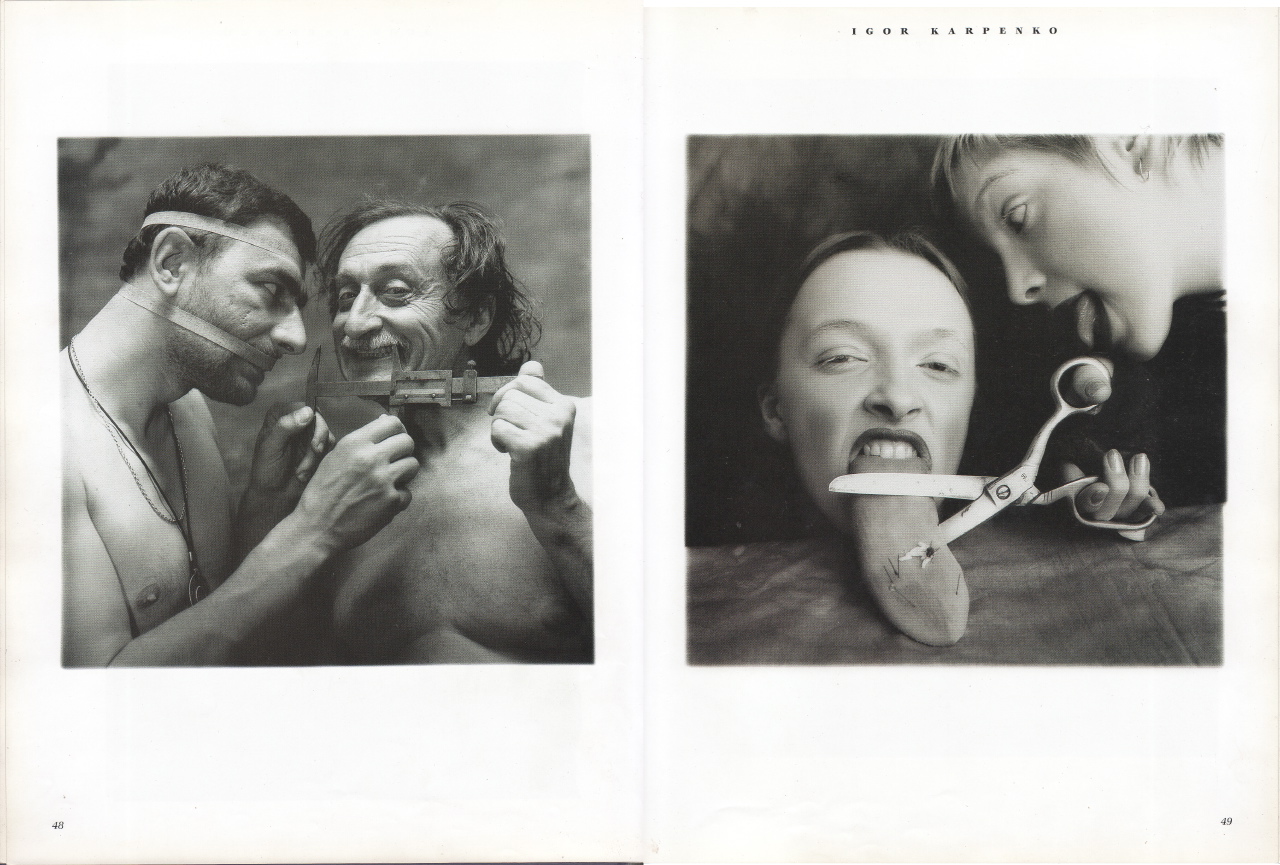 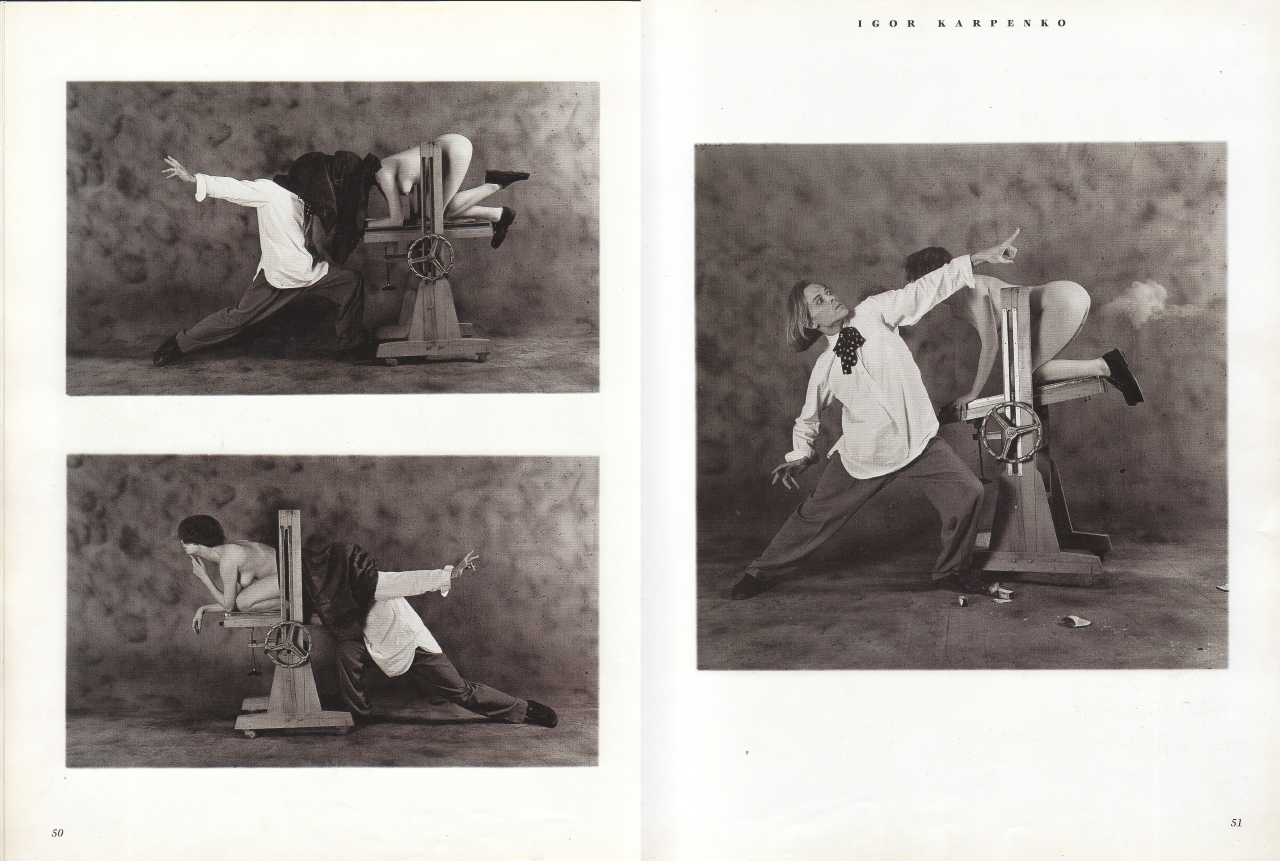 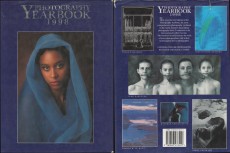